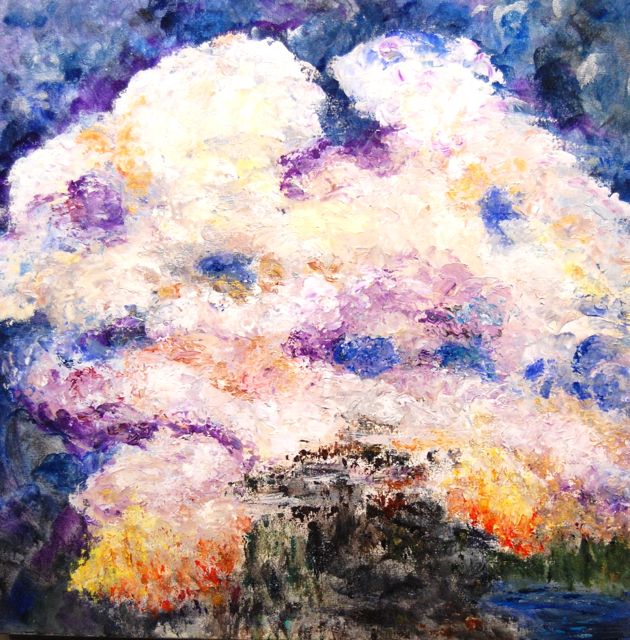 As I worked through yesterday’s post I realized that there is so much to say about this word “glory” that I needed to give it its own space. I admit “glory” is that big of a word.

Jesus’ words are written in Greek, but were most likely spoken in Aramaic. Then consider that He is speaking to a largely Jewish audience. We also know that Matthew wrote his gospel for a largely Jewish audience.It seems rightand even important to look at the meaning of this word in Aramaic, Greek, and Hebrew language and look at the interpretations that come with those languages.

In Aramaic there seem to be three different words that Jesus might have used here, The one most commonly considered used is the word that means “to praise.” That certainly fits with my suggestion that this concluding phrase could be thought of as  a form of worship that recognizes who God is. In the more poetic interpretation of the Aramaic in context is the phrase “the song that beautifies all.”

The all encompassing nature of “the song that beautifies all” actually aligns with both the Greek and Hebrew words for glory because they both seem to have multi-faceted meanings.

The Hebrew word “kavod”can be defined as glory, honor, respect, distinction, and importance.  It carries an implication of worship and so much more. It also infers making a connection and carries a weightiness that can be used as a shield.

An example found in the Old Testament is in the book of Psalms.

But You, O Lord, are a shield about me,

My glory, and the One who lifts my head. Psalm 3:3

When we say God is our glory we connect to Him as our source of all including protection.

Whether, then, you eat or drink or whatever you do, do all to the glory of God.

This verse fits with the concept that the word glory means honor and praise. The following verses however bring a different view of “glory.”

But we all, with unveiled face, beholding as in a mirror the glory of the Lord, are being transformed into the same image from glory to glory, just as from the Lord, the Spirit. 2 Corinthians 3:18 (emphasis mine)

And the Word became flesh, and dwelt among us, and we saw His glory, glory as of the only begotten from the Father, full of grace and truth. John 1:14

From these last two verses we understand the so much more of the Greek word “doxa.” It is not ONLY praise and honor or worship, it speaks of the very nature of God. It speaks of who He is and what is shown through what He does.

The best way I can understand this is to think of God and love.

“We have come to know and have believed the love which God has for us. God is love, and the one who abides in love abides in God, and God abides in him.”

God is more than loving. It is who He is. He is love and His love identity shines through when He is loving His children.

I will admit, the study of the word glory and the contemplation of the glory of God feels beyond my comprehension.

So where does that lead us today as we ponder this closing phrase of the Lord’s prayer?

When we come to the end of this prayer, we already have recognized God’s kingdom and His power. When we add “and the glory” I would suggest we recognize the supernatural, incomprehensible nature of the God we serve.

We say, “Lord, You are more than I can imagine. You are above all else in my life and world. You operate on a plane I cannot comprehend. Therefore in faith I say, “All that I have is yours. Show me the way.”