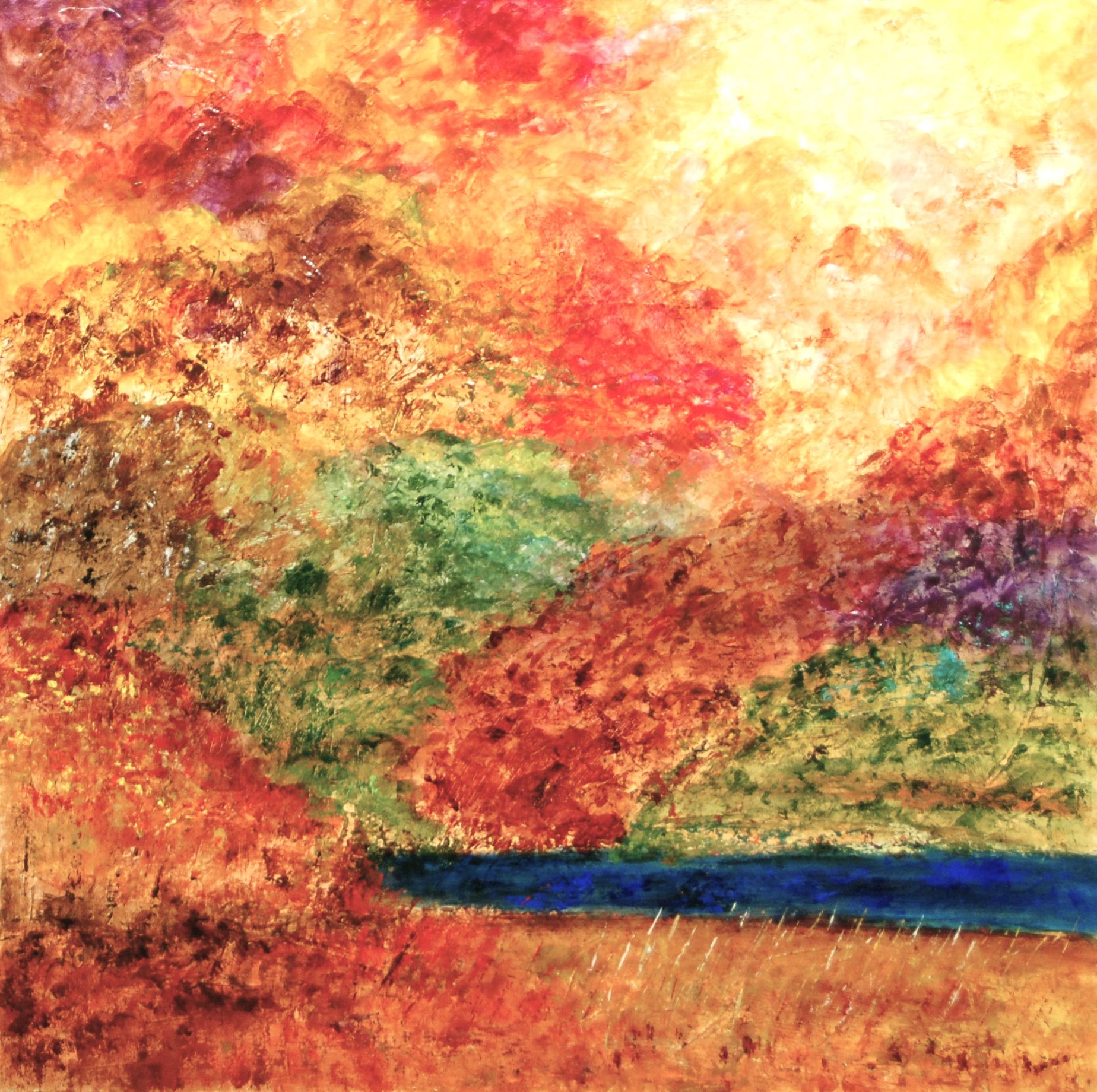 Life is full of “in between”.  Ben and Jerry discovered a fortune could be built by putting the “in between” of life into an ice cream flavor.   Chocolate chip cookie dough is the “in between” of a list of ingredients and baked morsels of yumminess.    As a fiber artist, I loved the process that took beautiful fabric and molded it into a piece of art: “in between” the fabric and the fiber art was vision, design, and creative energy that thrilled me.

Scripture is full of “in between”.  In between David the shepherd and David the King was David the musician, the warrior, and the leader.  That is an “in between” that we can read and study.

Here’s the deal.  The skills and faith it took to stand up to Pharaoh and lead two million people through the wilderness for 40 years were not the skills and faith that were required to lead that same group of people across the Jordan, into the Promised Land and all that followed.

You stand at the banks of your Jordan River.  You are in an “in between” season.  What brought you through your past may not be what you need to cross your Jordan and enter your land flowing with milk and honey.  God is requiring a new level of trust and faith in Him in order to enter and claim the promises He has given you.

He has given you prophetic sight to see those promises.  Like with Moses, He has taken you alone to the mountain and opened your spiritual eyes to see what He has in store for you.  The question is this:  of what do you need to let go in order to acquire the skills and faith needed to cross your Jordan and enter your Promised Land?

The Children of Israel stopped their journey to mourn the loss of Moses.  Stop if you need to.  Ponder with the Lord.  Allow Father to show you who He created you to be and what He created you to do.  Allow Jesus to show you that which has brought you here but is no longer required and therefore needs to be given to Him.  Allow Holy Spirit to fan the flame of devotion and passion for the One who created you.

Joshua 1: 2 says this “Moses My servant is dead; now therefore arise, cross this Jordan, you and all this people, to the land which I am giving to them, to the sons of Israel.”

Arise!  Cross your Jordan.  Enter the land which the Lord is giving you.  What do you have to lose?  Only that which is no longer needed as you walk into the destiny that awaits.  You too will hear the Lord say like he did to Joshua, “Every place on which the sole of your foot treads, I have given it to you”  (Joshua 1:3)

This site uses Akismet to reduce spam. Learn how your comment data is processed.