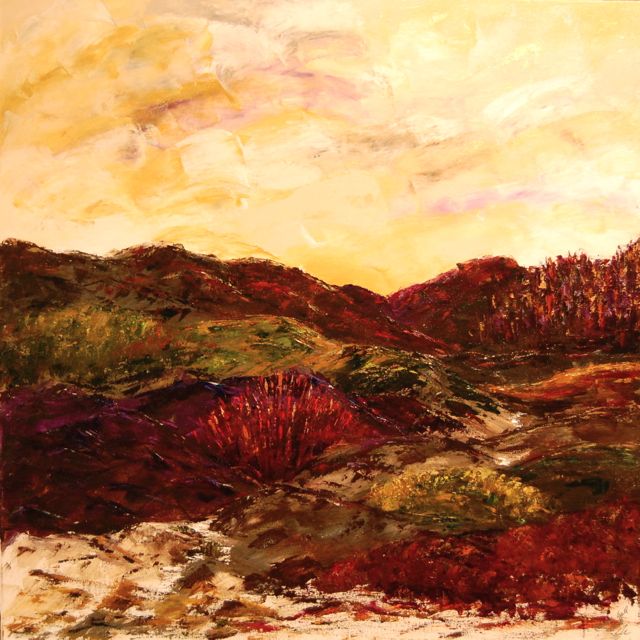 “The former things have come to pass.  Now I declare new things; before they spring forth I proclaim them to you.”  Isaiah 42:9

New Year’s Eve is 3 weeks from tonight.  The passing from one year to the next can be full of excitement, anticipation, and hope or it can be rife with fear, anxiety, and apprehension. That depends upon where you have been (the “former things”) and where you hope to go (the “new things”).

Wherever you have been I want you to know that you were created for so much more.  God has more in store for you in 2016 and beyond.  More health.  More provision.  More authority.  More power.  More Presence of God.  The storehouses of heaven never run out of whatever it is that you are in need of.

You are uniquely and wonderfully made and I am here to tell you that the Lord has a future and a hope for you.  He is declaring a new thing before it springs forth in your life.  No matter your age or situation, God is in the business of declaring and doing new things.  If you are reading this message, if you are breathing on this earth, this side of eternity, God has more for you.

Do you believe that?    The enemy of your soul would like you to believe that you are too young or too old, too educated or not educated enough, too poor, too needy, too scared to do what is stirring in your spirit.  The world will tell you many of the same things.  Do not listen to those lies.  Take those thoughts captive and declare this with me:  “I was created for so much more.”

I see an army camped in a valley.  The enemy surrounds them on the hillsides threatening their existence.  They sit by campfires.  They worry and whisper, “What are we going to do?”  They pray for wisdom and guidance.  They worship the Lord believing He will come through for them, all while they sit complacently around their campfires.  The enemy grows bolder.  Taunts them.  Threatens them.  The atmosphere is one of fear and intimidation.  Of defeat and worry.

In the story of David and Goliath we see a young shepherd take up the simple tools of his trade, his shepherd’s bag filled with five smooth stones and his sling.  David took that which he had right where he stood and defeated the enemy of God’s chosen people.  David understood the more of God.  He dedicated himself to doing what God asked of him right where he was.

I see an army, encamped in a valley, sitting complacently around campfires.  But I also see that same army rising up to take the land as each person awakens to the more of God and the more that He has for them.  As that army stands up and takes their  uniforms, they receive and fill out the mantel they were given by the Creator.  As each man, woman, and child recognizes the gifts they were given by that Creator, as each acknowledge and begin to operate in the purpose for which they were created, the kingdom of God advances and territory that has been stolen by the enemy of our souls is taken back.

You, Dear One, are a child of the Most High God.  He is doing a new thing in you and for you.  Listen as He whispers to you.  Take the time to sit with Him away from the distractions of life, He will show you His plans.  He will reveal the Promised Land that lies before you.

You were created for so much more.  Now is the time.  This is the place.

This site uses Akismet to reduce spam. Learn how your comment data is processed.